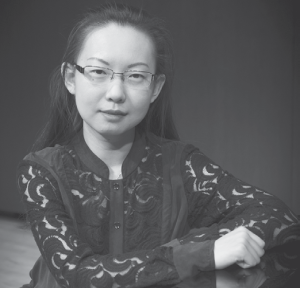 Re Zhang, originally from Beijing, China has just finished her Master’s degree at The Juilliard School studying under Stephen Hough and Matti Raekallio. Re previously graduated from Oberlin Conservatory with Honors in piano performance, where she  studied with Robert Shannon. Re began studying piano when she was five years old and first performed on the stage at the age of six. In 2000, Re took part in the Sixth Piano Open Competition of YMCA-YWCA, and was awarded the first prize. In 2004, she enrolled in the music middle school attached to The Central Conservatory of Music in Beijing, gaining admittance with the top score on the entrance exam that year. In January of 2006, she was awarded the Silver Prize in the 7th International Chopin Piano Competition in Asia. That October, she took part in the International Piano Competition for Young Musicians in Holland and was awarded the 3rd Prize. In 2010, she won the statewide scholarship from the Tuesday Musical Scholarship Auditions. In 2011, she won the Rudolf Serkin Scholarship. In 2012, she won Oberlin Conservatory’s John Elvin Prize – awarded to a student judged by the piano department to be the most talented in the junior class. Later that year, in April, she went on to win The Arthur Dann Piano Competition. In 2013, she finished her Honor’s project at Oberlin Conservatory which involved recording and performing the Diabelli Variations composed by Beethoven in entirety. Re is going to continue her post-graduate studies under Professor Boris Slutsky at the Peabody Conservatory.

Beethoven 33 Variations on a Waltz by Anton Diabelli, Op.120