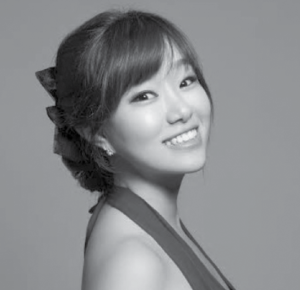 South Korean pianist Saet-byeol Kim is rapidly earning a reputation for her interpretations, which “impress with energy and freshness.” Saetbyeol was the first prize winner of the Dallas International Competition (2015), the Rochester Philharmonic Concerto Competition (2012), and the second prize winner of the Louisiana International Piano Competition (2015). In Korea she also won first prize in the 40th Music Educational Competition, the Shinye Competition, and the Daegu 10th TBC Broadcast Competition. In the spring of 2016 she performed Tchaikovsky Concerto No. 1 with the Dallas Chamber Orchestra, followed by a New York recital debut at Weill Recital Hall of Carnegie Hall. She completed her Artist Diploma at The Glenn Gould School of The Royal Conservatory under Marietta Orlov, and will be pursuing Artist Diploma at Rice University with Jon Kimura parker.

Bach Prelude and Fugue in A-flat Major,WTC I, BWV862