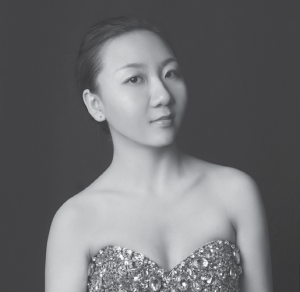 Chinese pianist Xiaohui Yang has been featured as a soloist and chamber musician in performances over Asia and North America, including venues such as Carnegie Hall and Seoul Arts Center. Recent orchestra engagements include the New Jersey Symphony, Curtis Symphony and Milwaukee Symphony Orchestras. Her competition prizes include the American Protege International Competition, the Piano Arts Competition, the Hong Kong Piano Open Competition, and the International Chopin Piano Competition in Asia. A dedicated chamber musician, Xiaohui has attended important music festivals such as the Taos School of Music, Tanglewood Music Center, and Ravinia’s Steans Music Institute.

Xiaohui was accepted in 2008 to the Curtis Institute of Music, studying with Ignat Solzhenitsyn, where she received the Festorazzi Prize awarded to the best pianist of 2013. After studying at the Juilliard School with Robert McDonald, she is currently pursuing her Doctor of Musical Arts degree with Boris Slutsky at Peabody Conservatory.