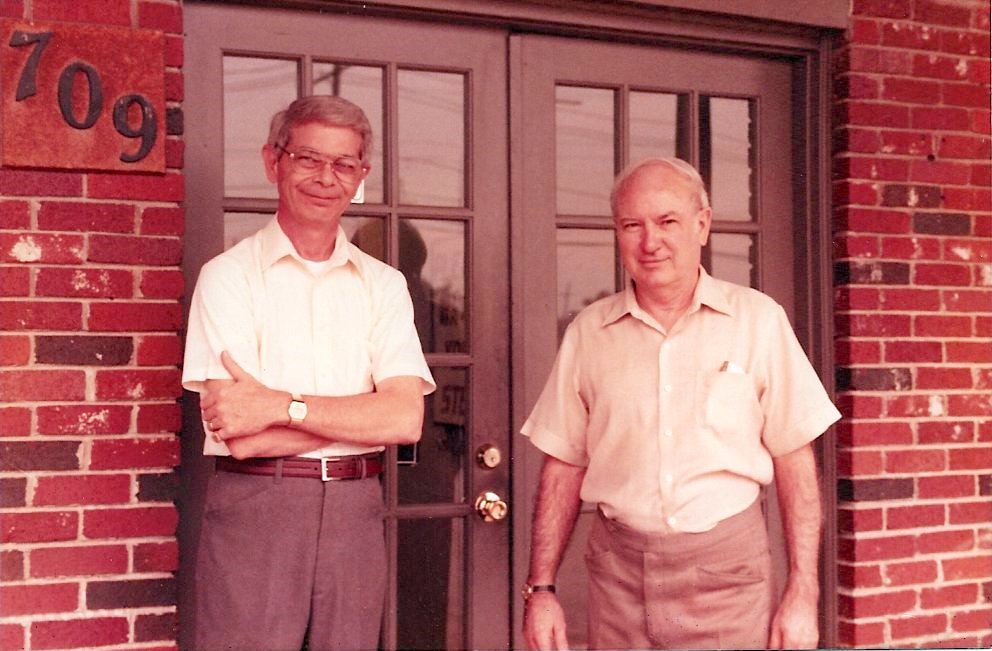 Hall Piano Co. began in 1958 in New Orleans at the corner of Camp and Julia Street. Dan M. Hall and John D. Wright Sr. started the business with a primary emphasis on the restoration of fine quality grand pianos for the discriminating pianist and reconditioning of upright pianos for students. 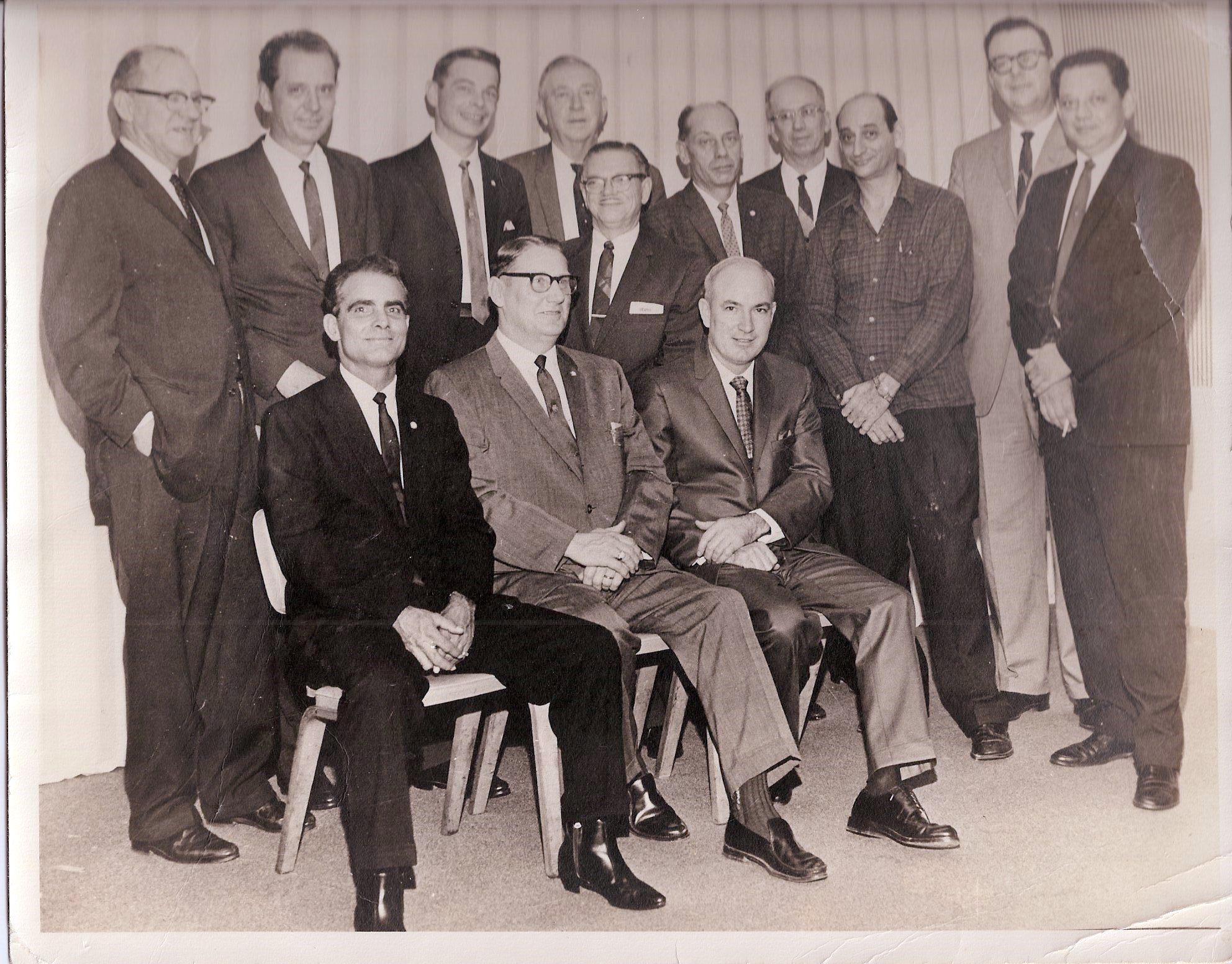 Dan and John diligently served the musical community in many ways, including establishing the local chapter of the Piano Technicians Guild.  During this time, Both Dan and John were recognized as “Master Craftsmen” by the P.T.G. and helped train most of the piano technicians in the greater New Orleans area. 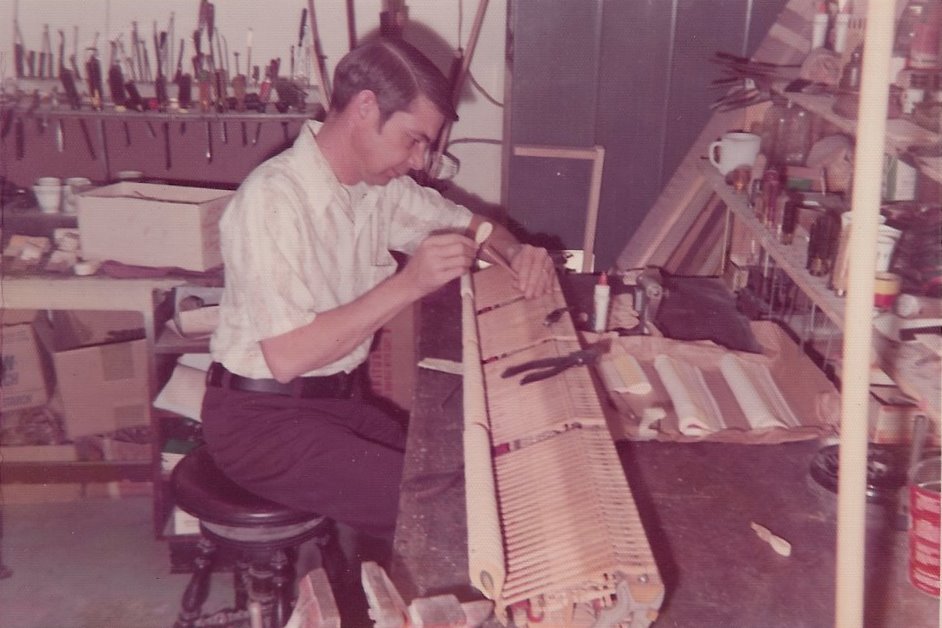 Limited sales display area and cramped working conditions prompted the company’s move in 1966 from downtown New Orleans to the largest New Orleans suburb area, Metairie. Our first Metairie location was 709 David Drive as part of a strip shopping center.  With nearly triple the size of the original New Orleans facility, Hall Piano Co began to offer the public a fine selection of new and refurbished pianos as well as expanding our custom rebuilding and restoration shop. 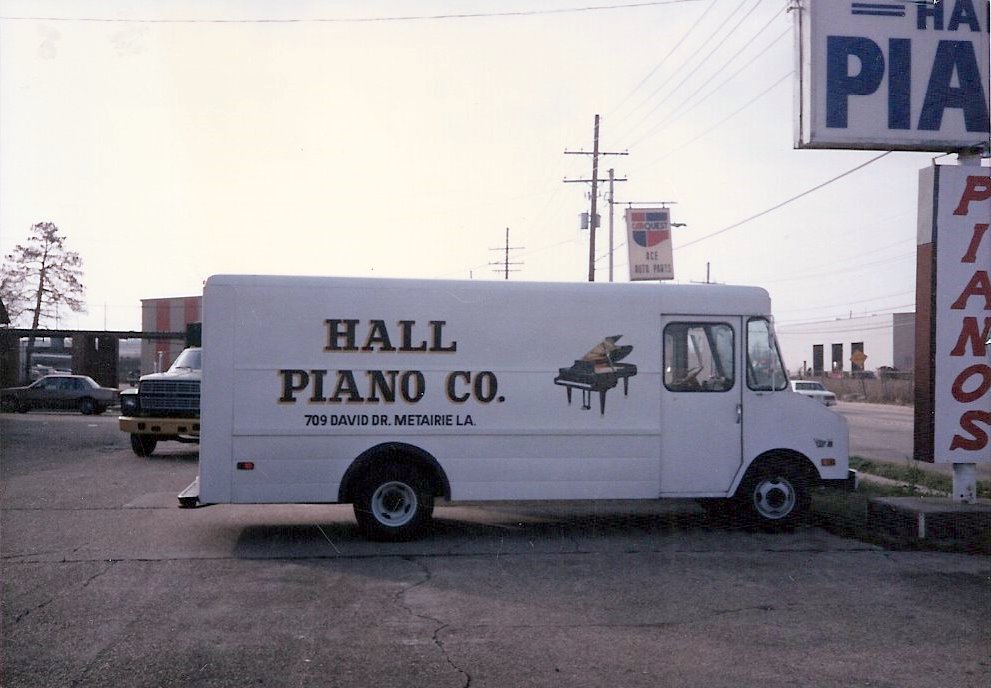 In 1988, Hall Piano Company expanded once again and moved to our third physical address 901 David Drive replacing the B&C grocery store that had served the neighborhood for many years.  Further expansion of our repair and restoration shop as well as the addition of digital keyboards marked the next 15 years. In January of 2002, Dan Hall and John Wright Sr. decided to retire.  John Wright Sr.’s Son John Wright, Jr. and long-time employee Steven Kinchen purchased the company and have dedicated their efforts to continuing in the spirit of excellence and customer service that built Hall Piano Company. 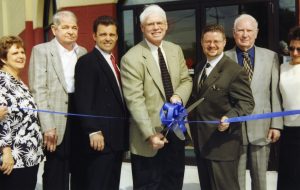 Hall Piano Company outgrew the physical capabilities of this location by 2002 and embarked upon the custom design and construction of our current retail and restoration center.  After the initial conceptual design was completed by Chris Miller of Pacific Store Designs, construction began was  completed in February of 2003. An interesting fact is that even though this is our fourth location, it is only our third physical address. From our humble start to today, Hall Piano Co. has firmly established itself as Louisiana’s premier purveyor of fine pianos as well as one of the leading houses of piano restoration in the country. Our continuing relationship with the prominent cultural arts institutions in New Orleans, such as the Musical Arts Society of New Orleans, the Louisiana Philharmonic Orchestra, Jefferson Performing Arts Society, Loyola University, Tulane University, and The Baton Rouge Symphony to name a few, reflects our commitment to the arts and arts education in our community.