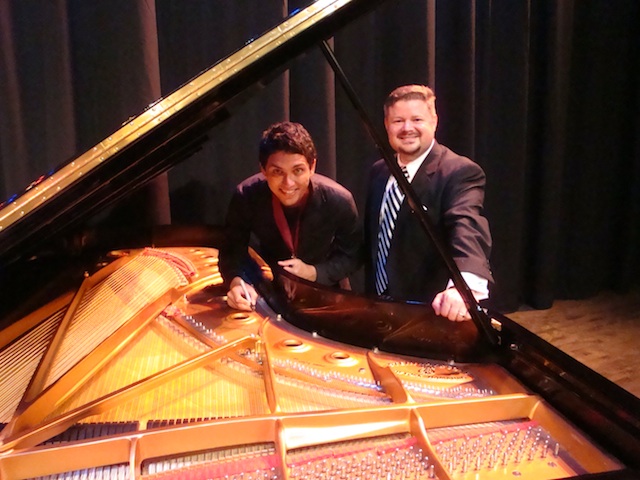 The Staff of Hall Piano Company would like to extend our most sincere congratulations to Mr. Eduard Kunz, Gold medalist of the 2010 New Orleans International Piano Competition. This All-Steinway Event was held in New Orleans the week of July 19th and featured 158 contestants from all over the world.

Hall Piano company was once again a proud sponsor of the N.O.I.P.C. and provided all of the pianos, technical services, audio and video archiving for the event. Videos from each night’s performances can be viewed in the Hall Piano Company Galleries page or by clicking the following link: 2010 NOIPC Video Archive
During the Preliminary/Recorded Round, this field of twelve outstanding musicians was selected from the 158 applications received from pianists representing 32 countries. The twelve semifinalists competed for more than $35,000 in cash and performance fees. This week-long celebration of the piano and its music began Saturday evening (July 17) with the return of the popular “Piano X Four or More” featuring groups of four or five local pianists performing selections written for four or five pianos. French juror Philippe Bianconi also presented a solo recital on Sunday afternoon (July 18) featuring works of Beethoven, Schumann, and Chopin. The competition itself began with Semifinal Round I (Monday, Tuesday, and Wednesday evenings, July 19-21) featuring four competitors playing for 35 minutes each evening. All twelve pianists were heard again in Semifinal Round II (Thursday and Friday evenings, July22-23) in which six pianists performed for 20 minutes each evening. Following the conclusion of Semifinal Found II, the jury determined the three finalists that performed in the Final Round on Sunday afternoon (July 25). The three finalists each performed recitals lasting 50 minutes. The jury’s decision was announced Sunday afternoon following the last of the three finalists’ performance.