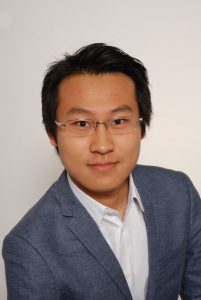 In 2008 at the age of 15, pianist Lin Ye left his native China to study at the the Hochschule fur Musik in Hannover, Germany.  During this time, he studied with prof. Vladimir Krainev, prof. Markus Groh, prof. Matti Raekallio and prof. Teppo Koivisto.

In March 2016, he was admitted to the Artist Diploma program at the Cleveland Institute of Music and is currently under the guidance of Professor Antonio Pompa-Baldi.

Mussorgsky Pictures at an Exhibition