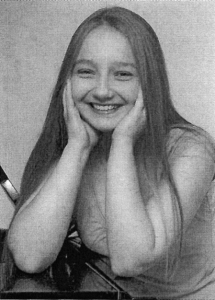 Born in Nowy Sacz, Poland, seventeen-year-old Aleksandra Swigut studied with Teresa Orchel and Mariola Cieniawa before entering the class of Professor Piotr Paleczny at the Karol Szymanowski State Music School in Warsaw. A participant in numerous national and international competitions and festivals, her awards include Third Prize at the All-Poland Piano Competition organized by the National Institute of Fryderyk Chopin in Warsaw; First Prize at the International Morningside Music Bridge program in Calgary in the “Best Concert with Orchestra” category and Third Prize in the Chamber Music category; a concert with the Beethoven Academy Orchestra at the Warsaw Philharmonic Hall; a concert during the 11 th Ludwig van Beethoven Easter Festival at the Jagiellonian University in Krakow; and First Prize and two special awards at the EPTA in Kracow in 2006. Her piano trio was also awarded First Prize in the Chamber Music Competition in WrocBaw. Aleksandra has participated in festivals in Duszniki Zdroj, Gdansk, Warsaw, WrocBaw and Calgary, and in Germany and Ukraine.