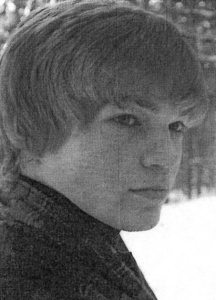 Ivan Moshchuk, 18, sees music as a form of communication greater in strength and energy than any language in existence. A participant in the 2008 Gina Bachauer International Young Artists Competition, he has taken numerous prizes in local and statewide competitions, including the 2007 Arthur Frazer Concerto Competition (co-first prize winner) the MMTA Piano Competition, Intermediate Division (first place) and the Oberlin International Piano Competition (semi-finalist), to name but a few. He appeared as soloist with the South Carolina Philharmonic in 2007 and the Grosse Pointe Symphony Orchestra in 2006. In July 2008, Moshchuk performed in several concerts in the Czech Republic and recorded for Czech National Radio as part of the International Music Academy in Piizen. Most recently, he was nominated as a Yamaha Young Performing Artist. His teachers include Dmitri Vorobiev and Marina Zarkhin. Moshchuk intends to continue his studies this fall at the Peabody Conservatory in Baltimore in the studio of Boris Slutsky.