Beethoven 32 Variations in C Minor, WoO.80
Rachmaninov Moment Musicaux, Op.16 No.3 in B Minor No.4 in E Minor 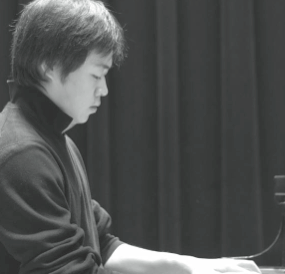 Born in China, Yue Chu won his first competition at eight, and at the age of ten was among the youngest conductors chosen to lead the youth orchestra and choir in his hometown of Tianjin. He has just finished his studies at the New England Conservatory of Music in Boston, where he was not only one of the full scholarship students, but also the first undergraduate student to receive the Presidential Scholarship in two consecutive school years. He later became the !rst recipient of the Burnes Family Award. Chu will move to Philadelphia in August to study at the Curtis Institute of Music. When not at the keyboard, Chu’s interests include reading, sports (especially basketball and tennis), cooking, and gardening.