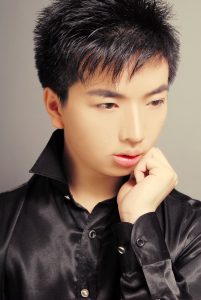 Chinese pianist Yixiang Hou has performed in China, Japan and the U.S. Yixiang has appeared as soloist with the Taiwan Sanchong Orchestra, the Shanghai Conservatory Orchestra and NEC Philharmonia. He has worked with such conductors as Xiaoou Zhao, Jiahong Liao and Andrew Litton.

Yixiang moved to Shanghai at the age of Nine to study with Dachun You and Ting Zhou at Shanghai Conservatory. He is currently studying with Wha Kyung Byun at the New England Conservatory on a full tuition scholarship.